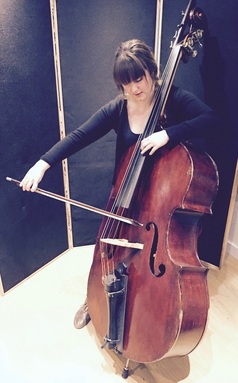 Sophie Barrett Roper was born in Gloucestershire, UK and began playing the double bass at the age of eleven. After playing with the National Youth Orchestra of Great Britain, studying at the Junior department of the Royal Academy of Music, achieving her DipABRSM and winning the Canterbury Arts Council’s Young Persons Award whilst at school, she continued taking private lessons with Chris West and freelancing in London during her undergraduate degree in Russian and Spanish at UCL. She then went on to complete an MMus degree at Trinity Laban Conservatoire of Music and Dance as a Leverhulme Scholar, where she won the Vernon Elliot Double Bass Competition and a place at the London Sinfonietta Academy.

Sophie moved to California in 2016, where she continues to work as a freelance double bassist, as well as teach the violin, cello and double bass privately.